Fox is one of the famous American-based streaming services. It lets users watch over 300+ on-demand content covering movies, sports, TV programs, shows, news, etc., in 45 languages. You can also watch Fox live TV shows, including Bones, Glee, Prison Break, new Girl, The Mindy Project, and many more. You need to pay for the TV providers to stream the content from the Fox channel. If you ever wanted to cut the cord, you should know how to watch Fox without cable. Also, watching Fox without cable TV providers will save you some bucks on your entertainment bill while you can stream lots of other channels as well. If that sounds valid, you can watch it without cable as it is available on lots of the best streaming services. You can even watch ESPN without cable as it is a better alternative to Fox.

How to Watch Fox Without Cable

Watching without cable is the simplest and cheapest way to stream the on-demand titles on Fox. The best streaming services to watch Fox without a cable are listed below.

The best way to watch Fox without cable is by using the best streaming service called Hulu + Live TV. The service features popular TV shows, movies, original series, etc. It also provides Hulu live TV services, including Fox and most other popular available on cable. The users can get the Hulu experience by using the 7-day free trial. But after the trial period, it charges up to $64.99 per month. By opting for the standard plan, the users can use the 50 hours of cloud DVR storage. Hulu allows users to share the account with two users at a time. Hulu allows six profiles that may be customized. You can watch 75+ local channels like Fox, CNBC, MSNBC, ESPN, Disney, etc.

fuboTV is the best streaming service to feature Fox in its package. It holds 100+ live channels, and some of the popular channels included on fuboTV are Comedy Central, TLC, AMC, ABC, FOX, ESPN, HGTV, Investigation Discovery, Food Network, and Cartoon Network, and more. If you want to watch Fox football without cable, fubo is all you need. Besides this, users can watch sports events on Fox through fubo TV. You can record up to 1000 hours of cloud DVR storage and can stream at three different streaming devices at the same time on fubo Starter, and you can stream up to ten different streaming devices at the same time on fubo Pro, Elite, Ultimate, and Latino subscription plan.

There are five different packages on fuboTV with a 7-day free trial.

YouTube TV also provides Fox along with 80+ channels for $64.99 per month. The subscription would let users stream unlimited DVR storage for up to three months. It is a commitment and contract-free service without any hidden charges. In addition to Fox, you shall even access 84+ channels, including ABC, AMC, CNN, TNT, Comedy Central,  CBS, BET, FX, FS1, MSNBC, ESPN, etc. You can stream on three devices with up to six accounts.

Vidgo is another streaming service that offers to watch Fox without cable. The users can access more than 95 channels, including the Fox channel, ESPN, MTV, ACC NETWORK, Hallmark Channel, ABC, A&E, Disney, and many more. You can select either an English or Spanish subscription plan as per your choice. It allows users to stream on three devices at the same time.

There are three different packages on Vidgo.

There are three different packages on Sling TV with a 7-day free trial.

DirecTV Stream is another best streaming service to watch Fox without using a cable. It functions like a rival app such as Netflix or Hulu. With this service, you can access on-demand titles, live TV programs, sports, movies, and many more. In addition, DirecTV Stream allows you to stream up to 20 streaming devices simultaneously on your home network and three devices outside the home network. The channels include Fox, Fox News, HGTV, Bravo, HLN, TBS, TNT, and many more.

There are four different packages on DirecTV Stream with a 5-day free trial.

You can watch Fox media content without using a cable through the supporting devices mentioned above. However, some streaming devices can be accessed only in the United States. If your geographic location is restricted from accessing the Fox channel, then you must enable the VPN to stream the Fox content. The best VPN services are Express VPN, Pure VPN, CyberGhost, and SurfShark, Nord VPN. Like Fox, you can watch Fox News without cable.

1. Can I watch Fox for free without cable?

Yes, you can install the Fox Now app on your device to stream the titles for free without cables. It is available for both Android and iOS users. And it offers a 7-day free trial for new users. After the free trial period, you should subscribe to the Fox Now plan to continue streaming the content on the Fox app.

2. How to get Fox without cable?

3. Can I watch Fox on Amazon Prime Video?

Currently, Fox is not available on Amazon Prime Video. But you can rent some Fox shows or movies from Amazon Prime. 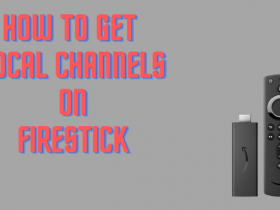