NFL 2020 season is just started. After all the COVID pandemic, the football fans have something to cheer on. The NFL app is available for most of the smart devices and you can watch the live NFL games right from your home. Even though Xbox 360 is a gaming console, you can watch NFL Game Pass on the device too. A lot of streaming apps are available for Xbox 360. With that, you can get to stream your favorite content on your Xbox console.

Sadly, Xbox 360 doesn’t have both the NFL and NFL Game Pass app. The apps are only available for Xbox One consoles. If you want to stream live NFL games, you need to use any of the live TV streaming services. As of now, only the Sling TV and Hulu are available for Xbox 360.

Hulu has four subscription plans. Among the four, only two plans have the live TV contents.

Sling TV offers three subscription plans. All the three are having different list of channels.

(1) Turn on your console and wait for the home screen to appear.

(3) Navigate to the Search bar and type Sling TV or Hulu based on the subscription you are having.

(4) Select the app from the search results.

(6) When the app is downloaded, click the Open butotn to launch the app.

(8) Now, you get all the live TV channels on your Xbox 360. Choose the NFL channel and watch the live games.

Sling TV is available only in the USA. Hulu is available in the USA and Japan. Other than these two countries, you can’t get to watch the NFL games on any other country. But, by using a VPN, you can bypass the geo-restrictions and get access to NFL games anywhere in the world. Premium VPNs like NordVPN and ExpressVPN are having strong servers in the USA. With the servers, you can get access to all the live NFL games right from your home location.

Yes, you can. But, only with the Sling TV or Hulu + Live TV app. The native NFL app is not available for Xbox 360 consoles.

2. How do I stream NFL Network?

You can use any of the TV provider credentials like DirectTV, CBS, and more. 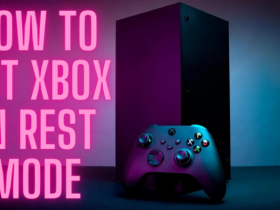 How to Put Xbox in Rest Mode [Xbox One, Series X, and S] 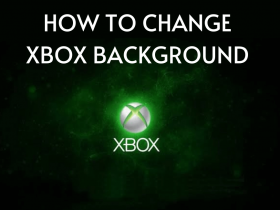 How to Change Background on Your Xbox Console